AC SEER Ratings: What are they?

SEER ratings: what do they stand for? Seasonal energy efficiency ratio. They’re a single-number metric for deciding an AC’s operational efficiency. Such ratings get calculated by comparing the AC’s cooling output, as well as its energy use. Put plainly, the less energy the air conditioner requires to generate a single unit of cooling, the higher the SEER rating. A higher rating means better efficiency.

SEER ratings, specifically, look at how many watt-hours the AC requires to output one BTU (British Thermal Unit) of cooling. There is lots of math involved, which is the reason why the industry decreased it down to one number.

SEER ratings have been in existence since the 1980s, and legislation made SEER ratings mandatory beginning in 1992. At that time, the minimum rating for AC’s was 10, yet it has since been increased to twelve or fourteen, depending upon where you live. In the Wilmington, NC area, the minimum is 14 due to the climate requiring homeowners to run their AC system for longer.

While purchasing a new AC, the SEER rating is a critical number to take into consideration; however, it should not be the only factor that is involved.

Is it better to purchase an AC that has a higher rating?

For a few homeowners, it’ll make sense to buy an AC that has a higher rating. For other people, it might be more prudent to stick to a lower rating. Which one makes more sense for you? Before you choose a new system, here is something to keep in mind concerning SEER ratings:

Ratings are maximum, and not average ratings

Imagine ratings like an MPG rating for an automobile. A car which gets more MPG will usually get more out of each drop of gasoline; however, if it isn’t being operated correctly or if conditions are poor, its engine will not accomplish that efficiency. Likewise, a high rating means a system will offer more cooling per watt on average; however, if your thermostat is consistently adjusted or if your AC is not correctly maintained, it will not get close to optimal efficiency.

Would you like to know more about your AC SEER rating? All In One Services in Wilmington NC can help you and we offer tips for maintenance of your air conditioning system. Call us today. 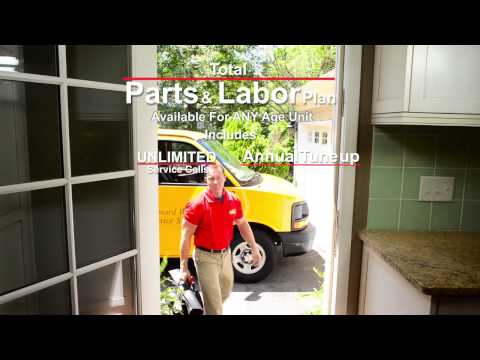 What our customers say...

I called at 8:00 am to get a service appointment for my malfunctioning air conditioner; All-In -One had a repairman at my house at 11:00 am. The polite, well spoken, clean, tidy serviceman diagnosed and repaired my air conditioner's dead condenser in 15 minutes, and, although my air conditioner is old, the serviceman did not try to talk me into buying a new one, but instead gave me a brochure from the company offering a service and parts contract. I am delighted with the speed of the service (I'm a new customer) and the competency of the repairman. I will definitely use All-In-One again.
Read More